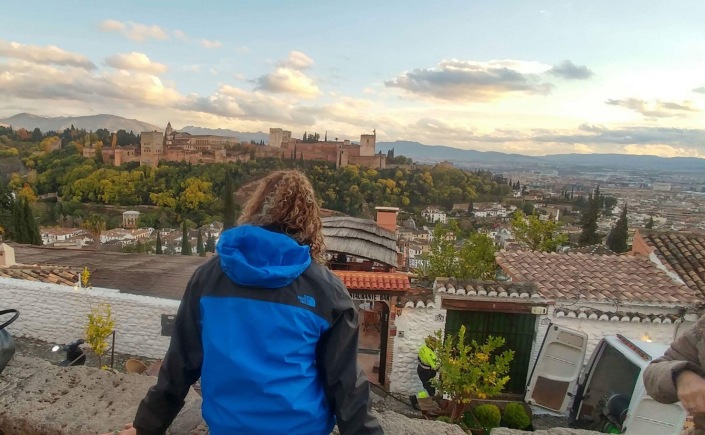 I devised two time lines parallel in reality yet divergent in perception. The top, a quantitative timeline which depicts how much time passed between each birthday. Like little pink houses, every year is equadistance apart.

On the bottom, a metaphysical timeline depicting the speed time seemed to pass between each birthday. Living hour to hour day by day keeps old age at bay. Just like my height and weight at my 3 month check up, 2k19 is off the charts. (Yeahhh I was a real chunker of a baby.) At this point I don’t think I will turn 25 for at least another three years.

What I’m trying to get at in a roundabout Rita way is that time is a funny concept. It’s one that just makes you LOL (that stands for languish out loud right?) Man constructed time, then decided to live by it, but now largely swears at it. Why? Time is just relative, so I say treat it like your eccentric uncle who’s slightly out of touch with reality after taking one too many acid trips at Woodstock. As for me, I stopped marking my years within the parameter of March 21st to March 20th, nor do I consider January 1st to December 31st the bookends of a year. Instead my annual fare begins on October 11th and ends on October 10th. Why? This was the day I started traveling.

On this most recent birthday (and the following two weeks) I was blissfully sequestered from WiFi. When I finally booted up the old Facebook machine, I had a slew of birthday wishes waiting for me.

Just Hanging in the Balance

One read, “happy birthday legend.” Which got me thinking, why am I a legend? Because the ledge’s end is my beginning? Maybe.

Another said, “keep doing all the things I wouldn’t do.” What does that entail exactly? Not being privy to knowing where I am going to sleep 24 hours from any given night? Probably.

Many people wished me happy and safe continues on my travels. Altruistic, but is this realistic? No. (I promise I do my best.)

Among all the warm, well-wishes one got me rolling with laughter. It simply said, “congratulations.” It was a sincere recognition I survived the past year. After some reflection this unconventional “happy birthday” felt superbly fitting. Because when I think about my life between October 11, 2016 and October 11, 2017, boy was it a doozy.

Set a background beat and the rhymes begin to flow, a few more hits

Let’s the built up unsounded rhapsody unfold, at first in bits

All these memos stamped return to sender stockpiled in my head

Trying not to commit blasphemy as I shuffle to and fro

Between sheer revelry or borderline on rivalry with all

These wide screen irises blankly staring at me for a recall

Receptors for deflection or just reflections of deception?

Precocious preamble to what’s sure to be unperturbed paddle:

Annihilation of animosity in autonomy

About now the ringleader of my totalitarian state a

Mind named ego says no you must share all your experiences

With the folks that share a stake of humanities inheritance

A part or apart which confabulation do I dare to be?

Before I take a second thought here’s what the winding road has taught:

2. A hostel full of strangers won’t feel hostile until you wake

To a message that instantly induces a churning pile of

The shower is the best place for boisterous lamenting

Doesn’t matter the actual color the sky is presenting

Always carry a pair of sunnies to hide the sporadic tears

Amplified with quivered lips which follow a noteless suicide

3. Mad about traveling until it might make you go rabid

Fixing life threatening medical dilemmas in lands where the

Is the epitome of a less than an ideal situation

Rather tall order, damn that monkey bite to the head and shoulder

4. Renting a lil scooter in Indonesia will allow ya

Revoking your elated emotion deflating your sense of

You have no one to watch your back, why must this impede my freedom?

5. Between currency exchange and time zone trades mental math is

A daily numbers game they say it’s fact you’ll win some, lose some but

Once you lose three compadres while being two continents away

Between December and May a great aunt and pseudo grandpa too

Tied an obscene string to the arm of the slot machine, best you fit

6. When you have to wake your friend from snoring because a midnight

Wildfire has come roaring creeping ever closer in sight

It becomes key to evacuate with haste to an unknown fate

But the lows are lonelier along the personal life cycle

Sure the spoils are greater when you cut societies tether

But negativity will still prey on you and assault your soul

Attaching like a wayward patch you never intended to earn

Free or caged nobody gets through life unscathed

In addition to all of these woes; all of the freelance writing I submitted to various publications was denied, I had my heart broken a few times, we had some serious health scares in the family, I missed one of my best friend’s wedding whom I’ve know since first grade, and had a few other encounters with gross, pushy men. All (of these things) considered last year was the worst year of my life. However, when I look back on it I remember it as the best. Why?

This was also the year I; discovered the wonders of a new continent, defied gravity with a single bungee jump, saw Aerosmith on their farewell tour, spent seven months in countries where I couldn’t speak the local language, bathed an elephant,

swam with giant turtles, put nearly 20,000 miles on my car’s speedometer exploring the states, meditated in pools of waterfalls located on majestic island mountaintops, climbed in an active volcano,

visited eight new countries, found a dream job in California for a month, roamed ancient temple grounds with utter awe, visited a plethora of quintessential classic rock sites, made  worldwide friends who feel like family, pushed the limits of my comfort zone, and threw caution to the wind. Most importantly, I lived by my own accord and proved to myself I’m fiercely independent and the only thing capable of stopping me is me. 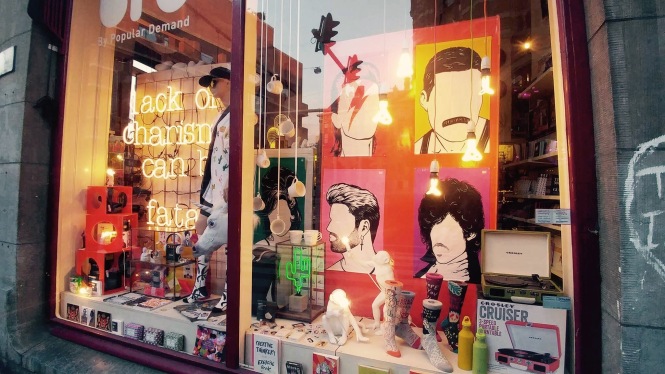 “Lack of charisma can be fatal” Amsterdam 2017

I’ve been living in the dog days of an endless summer for 1 year and 7.5 months. This would make me ruffly 12 in dog years. Right about the age us exuberant youth think we know something about the world, so here’s what I no:

Now here’s what I know:

Per usual, I find my answer in a song. John Mellencamp said, “life goes on long after the thrill of living is gone,” so the trick becomes; don’t let the thrill get gone.

It’s imperative to find a reason to remain excited about the rest of your time on this wonky, wobbling ball we call Earth. Everyone’s thrill is different, for me it’s connecting with people and living about as sporadic as these blog posts.

A few months ago a friend gave me the title of, “disgustingly positive” which is one I sport with pride. Even broken and cracked, my glass defies physics always holding half. I realize not every day is going to be bright ‘n sunny. There will be patches of time eclipsed by dark clouds. However, this is life. To get through the bad times I focus on all that is still good, all the reasons I have to still be thankful. If there is but one lesson the road has taught, it’s respect your emotions. Take the time to feel sorrow or frustration, but don’t let it consume you. In times of trouble it’s imperative to find a way to carry on. Maybe it’s calling on mother Mary or maybe it’s calling your best friend to get tacos and Margaritas just do what works for you.

Keep up with me on:

"Witty and Inspirational. This blog reads like you are having a conversation with Rita on your back porch."

-What the New York Times would probably say

“Blessed are the vagrant, the lonely are the static ones. It’s every drifter’s confirmation this world is just ravishing”

“We are cups, constantly and quietly being filled. The trick is, knowing how to tip ourselves over and let the beautiful stuff out.”